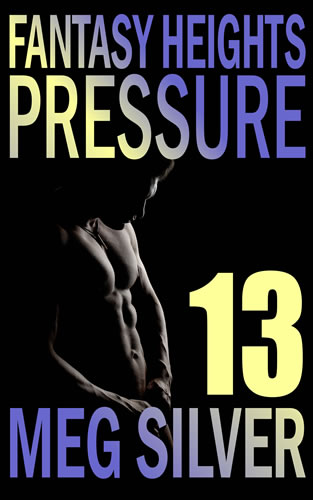 Episode 13: Now that Ben has gathered the protective detail under one roof, everyone feels the pinch of proximity. Ben and Sophie cope with a change in their relationship while the past works its will on others in the house.

The green light went on and Sophie, happy to get started, slipped onto the set. Sunlight flooded the office suite. Hector sat behind a wide chrome and glass desk. He looked different today, dressed in a charcoal-colored suit with a bright-white shirt. No tie. His collar button was open, and Kara must have straightened his hair to make it fall so straight and sleek.

The client, Kimberly, sat across from him in a chair. The young woman had darkish blond hair pulled back into a severe bun. She was tall, leggy, and had pleasing facial features played down by nude-toned makeup. A drab beige sleeveless sack of a dress blurred out a healthy, womanly physique.

While Sophie made her approach, Hector addressed the client. “This is Sophie. She once found herself in similar straits. She came to me for help, and we made an equitable arrangement. Sophie, dear, will you show Laurel how you present yourself to me?”

Sophie felt her face grow warm, anticipating the show she was about to put on for both Hector and the client. She worked the three buttons on her suit coat slowly, then stripped off the jacket and placed it on a sideboard.

Hector rolled his chair backward to give her room to stand between him and the desk. She reached behind herself to unbutton and then unzip her skirt. Facing the client, she eased the skirt over her hips and stepped out of it. Her shirt followed, leaving her in bra and panties.

Without removing her undergarments, she widened her stance, planting her feet about shoulder-length apart. Then she slowly bent at the waist, leaning forward until her belly rested on the desk blotter.

Hector’s hands were instantly on her bottom, rubbing her buttocks and teasing over her pussy with his thumbs. She kept her head up, making eye contact with the client, whose eyes seemed to favor the bulge of Sophie’s breasts.

Hector pulled the thong panties aside to tickle at her pussy lips with a finger. She let out a whimpered sound of pleasure that climbed to a higher pitch when he slid a finger gently inside of her.

“Such a sweet, sweet girl,” Hector said. “She’s generous with her body. I can do absolutely anything I like with her. If I tell her to, she will submit to you, as well.”

The client looked startled. She had not anticipated this twist.

Sophie felt a surge of excitement. Worry, too. Hector would challenge this client to move beyond simply submitting to him into doing his bidding on someone else. Despite some initial hesitation, Kimberly seemed to approve of the change. Her pupils dilated. Her lips parted, and her breathing fell visibly shallow.

Hoping the arousal would continue to heighten, Sophie turned up the volume by placing her hands on the blotter, elbows jutting up as she rocked back and forth, banging herself on Hector’s stiff finger.

“Patience, pet,” Hector praised. “Remove your panties and bra for me.”

Sophie stripped, and once her underthings had joined her clothing on the desk, Hector moved ahead. “Present your breasts to our guest,” he told her.

Sophie reached up to support her breasts with her hands. Behind her, Hector gave her a soft prod in the middle of her back.

She leaned forward for him again, and this time he lowered his head to lick along her slit.

She watched their client turn a series of colors, ending in a blotchy red that betrayed arousal.

“Mmm, so wet already,” Hector said. “Shall we play with toys today, pet?”

Sophie’s whimpered reply required no acting. Something about this setup got right under her skin. Taking orders and experiencing the consequences lit every fuse she possessed.

Following the script, Sophie took the toy from him and circled around to the other side of the desk, placing herself between it and their client.

Hector came after her to stand at the client’s side. He held his cellphone in one hand. Waiting patiently, he said nothing while Sophie spread her legs once more and leaned forward to show herself to the client. She still held the toy, pointing it back toward the client who had not yet taken it from her.