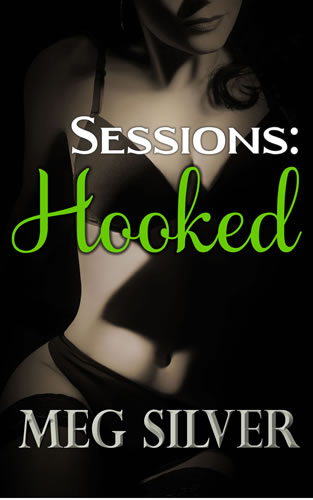 The trouble started Wednesday during painting class. All night, Harper’s assistant and longtime friend Fleur Benson had peppered her with speculative, knowing stares.

They sat together in the community center art studio. The pair, along with the ten others in their small class, had arranged their easels before wide windows looking over a neighboring park. Harper kept her eyes on her canvas where her attempt at a landscape looked more like a landslide.

Finally, Fleur gave voice to the question she had obviously been dying to ask. “Who is he?”

Harper dabbed a paintbrush onto her pallet, picking up a blob of grayish green paint. She kept her expression neutral as if she hadn’t heard the question while a small squeeze of panic tightened her chest. She had prepared herself to deflect questions like these. She had even accepted the fact that she might have to tell a few white lies to uphold the confidentiality part of her agreement with Matt.

What she hadn’t expected was for someone to know, just by looking at her, that she was having regular, mind-blowing sex.

Fleur put some attitude into her tone. “You can pretend to ignore me all you want, but I know you’re seeing someone. You’re glowing. Who is he?”

“It must be the lighting in here, because I’m not seeing anybody.”

She comforted herself with the fact that she wasn’t really lying. Not technically, at least. Having sex once a week with Matt Solomon did not count as ‘seeing’ him.

“There’s nothing to find out. Maybe it’s the new vitamins I’m taking. They’re supposed to be good for my hair and skin.”

“Or maybe you’re having a torrid affair, and I want details.”

Feeling truly uncomfortable now, Harper scoffed. “Tell you what. I’ll share the secret behind my glow right after you ask Cyrus out.”

Fleur had a major crush on Cyrus Hamilton, their company’s VP of Sales. Mention the man’s name, and she would turn seventeen unique shades of red.

Putting Fleur on the spot that way had the desired effect. She wrinkled her nose before leaning over to look at Harper’s painting. “Your tree looks like the ass end of a mushroom cloud.”

“Sweet. That’s exactly what I was going for.”

They let the subject drop, but Fleur’s curiosity still weighed on Harper’s mind while she let herself into Matt’s loft the following evening. She might have known that Fleur would notice something. They had worked and played together for years, and witnessed each other’s ups and downs. Harper supposed that if the situation were reversed, she too would notice a difference in Fleur.

Of course, she wouldn’t have to do much detective work. If Fleur were having a torrid affair, the entire world would know. Fleur couldn’t keep a secret to save her life, a trait that forced Harper to keep mum about Matt.

Inside the foyer, Harper deposited her key into the dish. She listened hard for any signs of life in the apartment. Faint music played somewhere beyond the foyer. She hummed along to The Fixx’s One Thing Leads To Another while she stripped out of her bronze-colored maxi dress and wedge sandals. Leaving the dress folded neatly in the chair, she headed for the living room, feeling the now familiar build of anticipation. Never knowing what would happen during a session wreaked utter havoc on her imagination. Would Matt be rough? Tender? Would he take her hard and fast, or take his time?

When she reached the living room, she noticed a change. Matt had shifted furniture around, moving her chair closer to the window to make room for a twin-sized bed. The headboard was a lattice of welded metal pipes.

From somewhere behind her, Matt’s voice gave her a start. “First position in the chair, pet.”

Harper cast her gaze downward and hurried to take her place. She settled in with her hands behind her head, and her knees spread wide. Unsure how long she would have to wait in this position, she aligned her spine comfortably.

She was just about to relax her shoulders when Matt stepped up behind her to gently cup her right breast. His thumb and index finger closed around her nipple, pinching and tugging forward in short, provocative strokes.

He continued to roll her nipple between thumb and finger. His pointedly sexual stimulation made warmth pool between her legs. He moved around to her side, allowing her to see he was still wearing gray trousers and a white pinstriped shirt with the sleeves rolled up. His solid, pleasing features looked as calm and commanding as ever, and those sultry dark blue eyes settled her like the calm in a storm.

He said, “You will learn a new position tonight. Are you ready?”

“I want you to get onto the bed. Lie on your back. You’ll want to take your place far enough down the bed that you can hang onto the headboard but still keep your arms straight. Do you understand?”

He released her nipple and gestured toward the bed. “Show me.”

Harper got up and sat on the bed, lying back and taking hold of the cold copper-pipe headboard. She scooched down the mattress in a writhing motion until her arms were straight. The bed wasn’t quite long enough for her to stretch out this way without her feet dangling over the edge.

She had no more than settled in before Matt closed a thick, soft cuff around her left wrist. He worked at it a while, fastening a buckle to keep it in place. The grating sound of metal chain against metal pipe, along with a tug at her wrist told her he was chaining her to the headboard. He next captured her right wrist in a cuff. Very little give in the chain. He tugged a couple times to make sure the restraints would hold.

Matt said, “Very good. Now I want you to draw your knees up to your shoulders, then allow them to fall to the sides. Spread yourself open for me.”